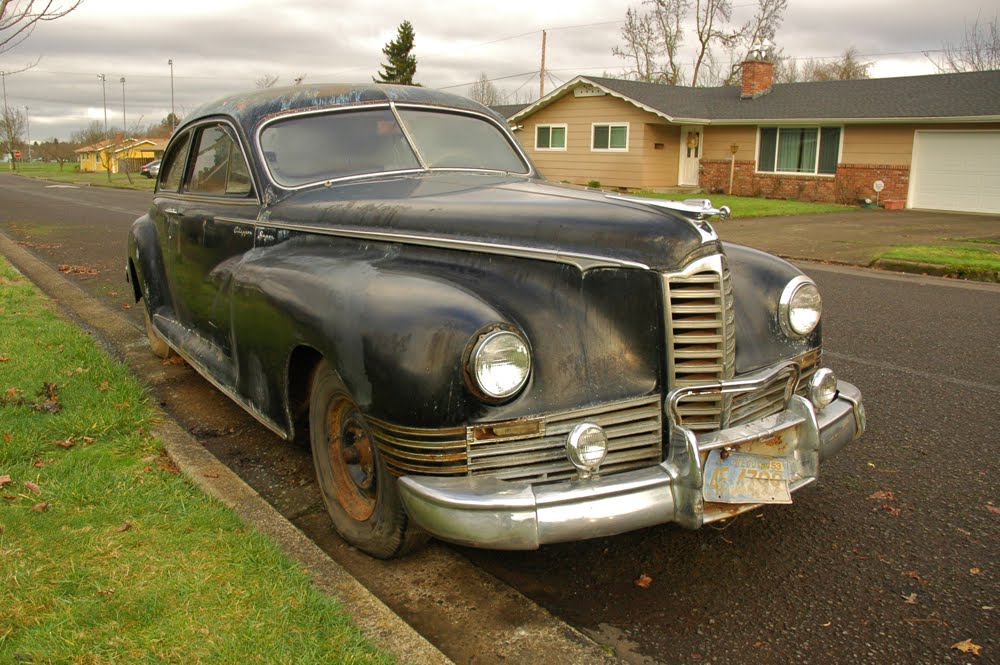 And the bow shall be in the cloud; and I will look upon it, that I may remember the everlasting covenant between God and every living creature of all flesh that is upon the earth."
Genesis 9:16

My uncle told me recently that he’s in the market for an alternator—or maybe it was a fuel pump or a carburetor.  I’m not so good with that sort of thing.  He’s been scanning eBay and reading collectors’ magazines, because you can’t just call up NAPA to ask them to order you one.

He’s restoring his grandfather’s 1947 Packard, and the old one has given way.  It’s at least the second time he’s had to overhaul with that old car, and he said he’s wondering if it’s really worth all the fuss.  It’s not quite old enough to be valuable, and it really isn’t all that stunning, the chariot of a second-rate insurance salesman.  It’s never been all that reliable, and I think you can guess what the gas mileage is like.
Read more »
Posted by Rev. Mark A. Michael at 5:41 PM 1 comment:

Mirrors of His Glory 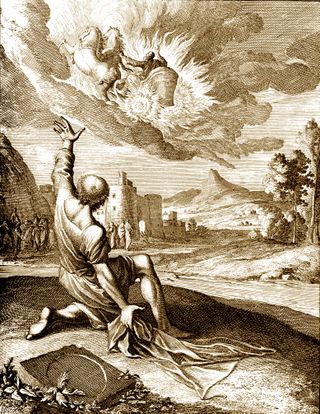 Henry Ford didn’t the invent the car, but once he got started, no one ever made them the same way again.  Fats Domino wasn’t the first to play the jazz piano, but once you had heard him, they said, it was like something entirely new.  People had dunked a basketball before Michael Jordan stepped onto the court, but now you can’t imagine that feat without him.

Elijah wasn’t the first prophet, either.  People had been moved to speak God’s Word before, they had stood fast for the truth when it wasn’t popular.  But the mysterious man from Tishbe changed the meaning of prophecy forever.

Elijah had called the people to spiritual renewal and denounced corrupt kings face to face.  He worked great miracles of healing and destruction.  He had summoned fire from heaven and withheld the rains for three and a half years.  God fed Elijah in the wilderness with bread delivered by ravens and revealed to him His glory on the side of Mount Sinai.

Elijah did it all clad in a mantle.
Read more »
Posted by Rev. Mark A. Michael at 7:31 PM No comments:

The Bible is big, according to the new Museum of the Bible. It’s also influential, easy to understand, relevant to everyday life, and very American. The museum also suggests that the Bible is not all that complex or challenging.

The museum announces its presence with a text-emblazoned portal, three stories of the first chapter of Genesis, presented as a massively resized version of the plates used by the Gutenberg Bible’s printer. The entrance hall features enormous overhead screens, on which an ever-changing rotation of evocative photographs signals the technological thrust of the museum’s displays. The building’s glass-walled, futuristic cap offers stunning views of the U.S. Capitol, just two blocks away.

Though founder Steve Green deflected attention during a press conference to the institution’s 50,000 founding donors, the Museum of the Bible is his brainchild. Green, president of Hobby Lobby, began collecting biblical artifacts in 2009, aiming to present them to the public in a format that would garner wide attention. A committed evangelical who has taken his turn in the culture wars, Green knows how to make a political statement. His museum aims to educate and to inspire, but those brassy yards of bas-relief text are also a way of claiming a permanent corner of the public square for his people, the people of the Bible.
Read more »
Posted by Rev. Mark A. Michael at 5:25 PM No comments: