God visits His people in strangers 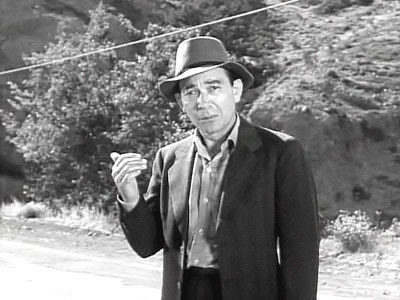 My lord, if I have found favor in your sight, do not pass by your servant… since you have come to your servant.”  Genesis 18:3,5

I picked up Sarge just outside of Oneonta, and told him I was only going as far as Cooperstown, but he was welcome to the ride.  He was familiar to me, a fixture of the Otsego County landscape, but we’d never spoken before.  Sarge was maybe 75, a thin man with leathery skin and squinty eyes.  He always wore a garrison cap and an olive-green army uniform, with a few medals sprinkled across the chest.   No one was quite sure if he had actually earned them or if they were just window dressing.  But in patriotic upstate New York, Sarge could hitch his way from one end of the county to another by just putting on a good show.

He began talking the moment he sat down and kept it up for a solid half hour, a rambling discourse mostly about old cars, and the evils of politicians.  Looking over after about twenty minutes, he noticed I was a clergyman and launched into a discussion of true Christians and hypocrites.  Sarge had been to most of the churches in these parts, he assured me, and he could certainly tell the difference between them.  Catholics wouldn’t give a man like him the time of day, and would you believe that they once ran him out of a Pentecostal church because he stood up to speak his mind during the service.  But Methodists—they laid on the best spread for coffee hours, and sometimes the fellas would even slip him a few cigarettes.

It did cross my mind as he opened the door to go his way that Sarge could well have been a kind of messenger.  I was a little relieved that he didn’t seem to know anything about Episcopalians, so he hadn’t turned up in my congregation and discovered that we came up short.  Wouldn’t it be just like God to separate the true believers from the false ones by the way they responded to a mysterious stranger?

A Little Bird Told Me 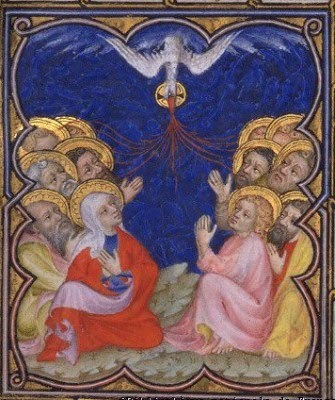 “We hear them telling in our own tongues the mighty works of God."  Acts 2:11

“A little bird told me”—that was one of my grandmother’s favorite phrases.  My grandparents lived a mile down the road from us, and many an evening she and Pap would come over after supper.  She usually brought “guess packages”—paper bags with some crackers or cookies, maybe even a bottle of pop—things my mother rarely bought.  Before we could put in our guesses and win the prize, she wanted a little chat.  Small boys, especially when distracted by the prospect of a cookie, are not very conversational, and she would prompt us a bit: “a little bird told me that someone had two base hits last night.” “A little bird told me that someone threw a fit about taking out the garbage.”

Of course, we all knew well that my mother was the “little bird,” and I probably thought that “little bird” was a special nickname for my mother at first.  But it’s an old saying, though I don’t hear it much anymore.  I have a source of secret knowledge, it means.  You don’t need to know how I learned it, but I know something important about you.

It’s quite a strange phrase, really—talking birds revealing hidden messages.   Some folklorists attribute it to an ancient tale about King Solomon, and there’s also an obscure Norse legend about a hero who tastes dragon’s blood and can immediately comprehend the speech of the birds—it turns up in the second act of one of Wagner’s operas.  The phrase definitely predates Twitter, though.  Most scholars attribute it to an offhand remark in the Biblical book of Ecclesiastes, which warns against cursing the king in your bedchamber, lest “a bird on the wing report what you say.[1]”

Della Robbia at the National Gallery: Tender, Humble, and Devout

From the Sounds of St. Francis, 4 June, 2017
The terracotta statuary created by the Della Robbia family of Florence is instantly recognizable: white figures surrounded by vivid blue backgrounds, often wreathed by bright green leaves and fruit. But these statues don’t always get so much respect. Modern connoisseurs of high Renaissance art usually swoon over the Leonardos, Raphaels, and Michelangelos instead and galleries sometimes consign Della Robbia statues to the hallways or overstuffed “ojects d’arte” rooms.

In their own time, though, the Della Robbias (an uncle, a nephew and a grand-nephew) were highly regarded and received enormous numbers of commissions. In some ways, victims of their own success, the family developed a unique process for glazing terracotta, leaving behind vivid colors and a glassy sheen. Their impressive workshop method allowed extensive production for over a century. We tend to overlook their statues because there are so many of them, not just at world-class museums like the National Gallery, but in all sorts of private collections (including an impressive Madonna and Child that hung in the library of my former parish in Cooperstown). If you’ve been to Tuscany or Umbria you will know how cheap knock-offs of Della Robbia work abound in souvenir shops, cheapening one’s experience of beholding the real thing.
Read more »
Posted by Rev. Mark A. Michael at 9:44 AM No comments: