The Gift of Limits 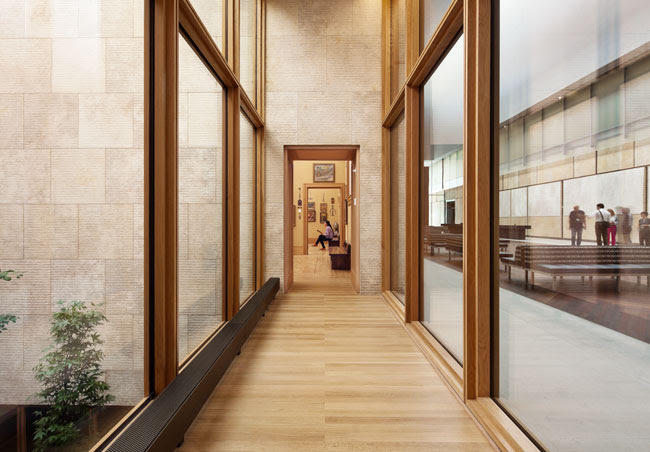 “God hath chosen the weak things of the world to confound the things which are mighty…That no flesh should glory in his presence.”  I Corinthians 1:25, 27

A few days after I accepted the call to serve as your rector, I met up with Kathleen Alexander for some orientation to our new home.  Just before I left, she told me that she had some reading material for me—and I’ll say she did.  She presented me with a stuffed jumbo-sized three-ring binder entitled, “The New Century Project,” circa 1998.  This was followed by a tall ream of printed sheets.  These were the collected comments from your rector search survey and a transcription of all that had been written on newsprint sheets posted around Saint Francis Hall at a big parish meeting held just about a year ago.

I went home and dutifully set to work, and I read it all.  And as you would expect, there was a great deal of continuity.  At the beginning and end of nearly two decades marked by great change, the people of Saint Francis placed their central focus on faithful Anglican worship, beautiful traditional music and inspired preaching.  Then and now, you wanted to learn together, to grow in your relationships with each other, to form the young, and to serve the poor.  Of course, many of the people who were leading the projects and making the comments were the same, a remarkable thing in a part of the world where everything often seems to be in flux.

But there were also great differences.
In 1998, you were aiming to build a staff and physical structure that would be sufficient to handle the crowds.  You were asking questions like “are there enough desks in the day school?”  “How many more services do we need to add?”  “How large an addition do we really need?”  “Should we have three or four priests on our staff?” You were dreaming big, acting with confidence, certain of rosy days to come.  Money was no object.

A year ago this time of year, it was quite different.  One of the questions asked where you would plot the congregation on a life-cycle diagram.  I was grateful for one brave soul who faith enough to mention our belief in the resurrection, because most of the other answers were not promising.  Beneath the surface of what you wrote lay questions like “Can we learn to trust each other again?”  “Is what we do financially sustainable?”  “Who out there can we find to help us?”

A week later, I announced to a group of local clergy colleagues that I had been called to serve as your rector.  One of them, a priest who has served in this county for many years, came up to me afterwards and said-“So, Saint Francis.  You know, that place has been like a fortress for decades.”  I told him I wasn’t really the fighting kind, that maybe we’d have to look into pulling a few walls down.

A fortress.  That’s a rather grim image, really.  And I still find it odd, because you aren’t anxious, angry, hostile people.  Much the contrary.  My family and I are continually amazed at how warmly and generously you have welcomed us into your life.  I am so pleased to see it when you warmly greet newcomers and help them to feel that they have a place here.

It's not like that anymore, though.  And that may be a very good thing.

James Smith, a Christian ethicist from Calvin College wrote a fascinating article a few years ago called “The Gift of Constraints.”  His argument was that we often view the limits placed on us by inherited traditions and scarce resources as things that drag down the institutions we serve.  We like to daydream about what things could be like if we had unlimited resources or could tear it all down and start afresh.  We associate freedom with the absence of limits and boundless possibilities.  But Smith argues that limits actually force us to be more creative.  Constraints invite us to discover the unexpected wisdom hidden in things that seem to appear only as obstacles at first glance.

As an example, he discusses Philadelphia’s newest museum, the Barnes Foundation.  It  houses a major collection of modern art which was moved from the original collector’s suburban home in 2012.  The eccentric Albert Barnes had made provision in his will that none of the museum’s 800 objects could be sold, loaned or moved from the elaborate installations he had personally designed.  While the foundation gained permission to move the museum, a court ruled that the objects had to be arranged in an identical manner at the downtown site.

The new museum’s architects, Tod Williams and Billy Tsien, refused the easy option of duplicating the original collector’s mansion in a more convenient locale.  Instead, they designed a building that shed light from above into the galleries and created an inventive central courtyard, modifications that helped people to see a deeper level of significance in the collector’s original plan.  “Remarkably,” an art critic observed, “Williams and Tsien found unexpected expressive range within the confines they were bound to observe. In that respect the outcome of this project is dazzling -- the new Barnes is infinitely superior to the vast number of museums designed with a completely free hand.”[1]

We do not have a completely free hand at Saint Francis anymore.  We are deeply aware of constraints that are humbling and that force us to view the gifts we do have with deeper appreciation.  That’s a good thing, because the church is not meant to be self-sufficient, to advance always with effortless confidence, much less to act as if called to man a fortress against the outside world.

In our Epistle lesson, Saint Paul reminds his readers that not many of them were wise, or powerful or wealthy.  The Corinthian church faced all sorts of constraints in doing God’s work.  But this he says, is how God intends it, to work through flawed people and limited institutions to do marvelous things.  God’s power revealed in weakness, His wisdom revealed in the midst of human folly, so that “no flesh should glory in His presence.” This is the logic of the life-giving Cross.

I hope that my work as your rector this year will focus on discovering the gifts amid our constraints and exploring creative responses to our challenges.  I will continue to work at getting to know you and this wider community in which I have been called to serve.  I am grateful to so many of you who have met with me one-on-one, around 60 families so far, and I have begun meeting with as many religious and civic leaders as possible.  In these conversations, I’m on the lookout for partnerships and unexpected gifts, seeing how God is bringing us together to do vital things I cannot do on my own.

We’re also aiming to tend our own resources more carefully.  Norm Barker will talk at the meeting later today about the internal controls audit several of you have been deputized to conduct.  We’ll also be developing written policies for personnel management and trying to improve the administrative systems we use for “the back office.”  It’s not headlines material, but I have consistently found that careful administration is vital for developing trust within a congregation.  Having things in order also better equips you, the saints, to be fruitful in the duties God has placed before us.

We will also be focusing on sharing the good news in new and innovative ways.  The foundation for this work is being laid in a more regular common prayer life in our weekday services.  We will continue to expand our presence on social media and will design new programs to connect with the interests and questions of those outside the church in our community.  As you can read in the Annual Report, excellent work is already being undertaken in these areas by our Church Membership Growth and Newcomers’ Committees, and I look forward to guiding them in this work in the coming months.

I believe that God is calling us this year to become a little more nimble and scrappy.  His will is that we be a little more humble, responsive and open—“poor in spirit,” perhaps, and a great deal more reliant on His wisdom and power.   No flesh should glory in His presence.  Maybe those constraints we face are not signs that He has abandoned us.  Instead, the can reveal that God is at work among us to do something even more important, something He can only do when we wake up and receive them as gifts.