The Story that 'Whispers His Name' 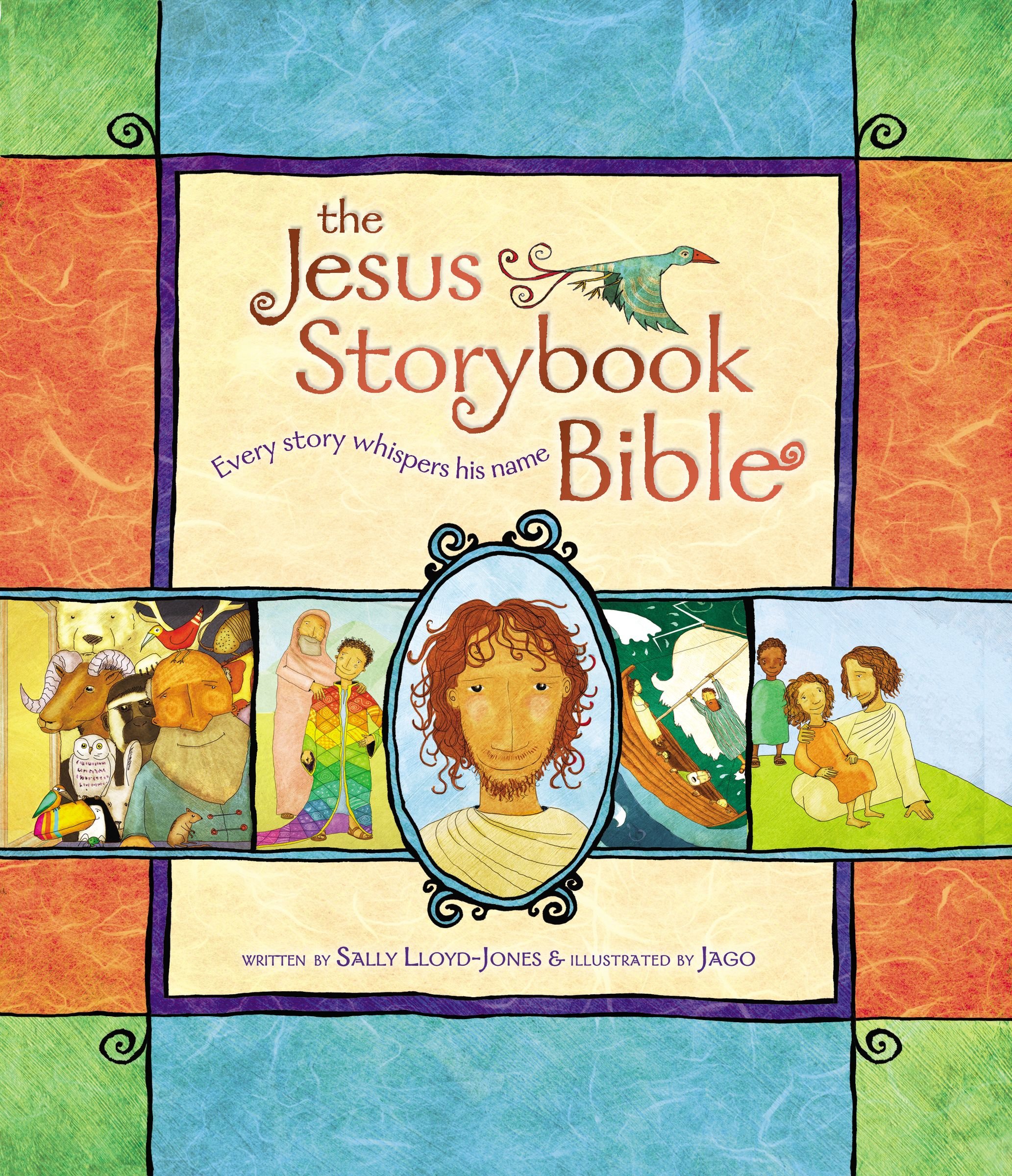 The cover, awash in oranges and blues, with little insets of Bible scenes, will look a little out of place among the serried ranks of prayer books and hymnals in our beautifully renovated church.  That’s purposeful, and if the aesthetics grate a bit for a few of you, I hope you will learn to be patient for all the right reasons.

Because putting a copy of a children’s Bible, perhaps especially a children’s Bible as good as Sally Lloyd-Jones’ The Jesus Storybook Bible in every pew at Saint Francis Church makes a statement about what has been important to us here for a very long time.  We love Jesus.  We want our children to come to know Him also, which is why we welcome them to stand and kneel with us as we worship Him week by week.  We discover Him in His Word, which is above all a story that “whispers His Name,” as this particular Bible’s subtitle has it.

A children’s Bible right there among the adult books sends a message to newcomers that kids really are welcome here, that we expect them.  It says that we understand their needs and want to help them meet the One who bids us to “not stop them,” for it is “to such as them” that His kingdom belongs (Mt. 19:14).

This particular Bible, which was published about ten years ago, charms and delights children all over the world.  Every page has vivid illustrations by Jacko, a Cornish artist.  The Biblical stories are told in ways that relate to children’s own experiences.  Daniel’s night in the lion’s den is titled “Daniel and the Scary Sleepover.” When confronted with the Israelites’ demands to be released to worship God in the wilderness, Pharaoh responds with a tantrum any four year old (and his parents) would recognize immediately, stamping his feet and yelling, “Why should I? … . Don't want to. WON'T!"

But this particular children’s Bible has won so many awards and has found its way into so many Christian homes because of its surprisingly novel way of interpreting the Bible for children.  I say “surprisingly novel,” because Lloyd Jones’s storytelling strategy functions precisely along the lines of the New Testament’s way of interpreting the Old Testament, and the Church’s traditional way of reading the whole Bible.

As Lloyd-Jones herself summarized it in an interview, “the Bible isn’t a book of rules. Or a book of heroes. The Bible is most of all a story. And at the center of that story is a baby. And every single story in the Bible whispers his name.”  That’s a good summary of what Jesus Himself taught His disciples as He walked with them on the road to Emmaus, “beginning with Moses and all the prophets, he interpreted to them in all the scriptures the things concerning himself” (Lk. 24:27).

Unfortunately, many children’s Bibles have majored in heroes and rules, often to the detriment of being able to understand the Bible as a coherent text, interconnected by God’s consistent purposes.  Others excerpt out texts that deal in unpleasant realities like death, sickness and human wickedness, leaving a sanitized story, often crippled by insipid illustrations.  Our Sunday School director Missy Beall told me her standard for evaluating children’s Bibles is whether they give proper place to Jesus’ death and resurrection.  A surprising number fall short of this mark, surely a central one for any book that aims to tell the story of God’s dealings with humanity.

This Bible draws out the threads in earlier stories that point ahead to the coming Savior.  Its telling of the story of the Tower of Babel (Gen. 11), for example, ends this way: “You see, God knew, however high they reached, however hard they tried, people could never get back to heaven by themselves.  People didn’t need a staircase; they needed a Rescuer.  Because the way back to heaven wasn’t a staircase; it was a Person.  People could never reach up to Heaven, so Heaven would need to reach down to them.  And, one day, it would.”

The book’s account of the anointing of David at his family home in Bethlehem (I Sam. 16) closes like this: “God chose David to be king because God was getting His people ready for an even greater King who was coming.  Once again God would say, ‘Go to Bethlehem.  You’ll find the new King there.’  And there, one starry night in Bethlehem in the town of David, three Wise men would find him.”

Over and over again, Lloyd-Jones urges us to look for the patterns that echo, the grand promises that aren’t quite fulfilled yet, the beautiful moments that gesture toward something yet more profound.  Old Testament stories lean ahead toward the coming Redeemer.  Events in Jesus’ ministry and His parables gesture ahead to His Cross and Resurrection.  The early church’s life points back to the empty tomb and ahead to His coming in glory.

In part, this is how all truly great stories work: in cycles, bristling with symbols and resonant images.  But it is also particularly the way the Bible intends itself to be read, accounting for the hundreds of Old Testament citations that fill the pages of the New Testament, sometimes at surprising points in the narrative.
But sadly, we adults aren’t used to reading in this way.  We digest information in news article leads, executive summaries, abstracts, bullet points—straining out the hard material and leaving the story to others.

For generations, much Biblical scholarship has aimed at downplaying the importance of the “connective tissue” that links the Bible’s parts together, Interpreters often try to ape secular history’s attempt to explain things, in von Ranke’s famous phrase “wie es eisentlich gewesen”—“as it really was.”  Far too often, they focus in on the strange parts of Biblical stories, leaving ordinary readers to despair of an ability to make any sense out of the book.  Old Testament commentators are often draconian in their insistence on reading texts in their ancient context alone, without any reference to the unfolding story of revelation (and without any attention to the fact that those who listen to them as God’s Word today no longer live as Bronze Age pastoral nomads).

It takes practice to read the Bible as Christians, to follow the contours of this unfolding story that points unceasingly to its Source and goal, “every story whispering His name.”  This is a salutary Advent discipline, as we follow the Sunday and weekday reading cycles, which focus in on the words of the prophets that announce the One who comes to demonstrate the truth of God’s Word.  And I don’t know many better places (for kids or adults) to get started in it than with the Jesus Storybook Bible.
Posted by Rev. Mark A. Michael at 2:28 PM