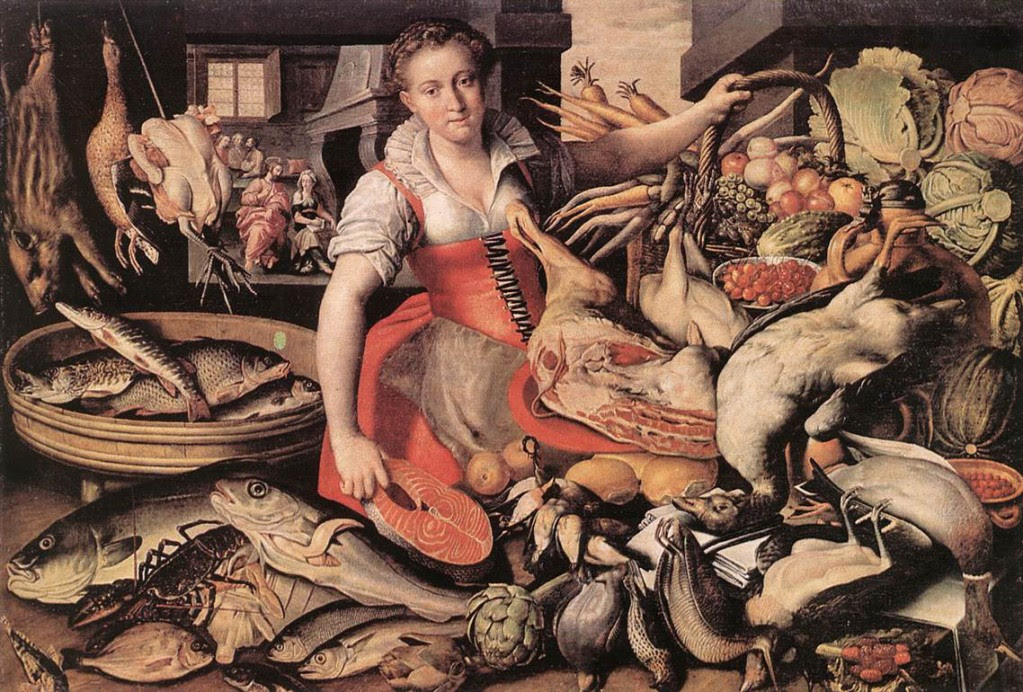 “The Lord answered her, ‘Martha, Martha, you are worried and distracted by many things; there is need of only one thing.”  St. Luke 10:41-42

As I was driving home on Tuesday evening, I was intrigued by the dark red car in front of me.  The driver had obviously discovered my favorite shortcut to get around the lights on Baron Cameron, and he was pushing on at quite a clip.  When I pulled up behind him at the stoplight, I took one glance at his vanity license plate and nodded to myself.  It said IMNAHRY—the driver had taken out all the spaces and most of the vowels—rather appropriately—but it all fit.

IMNAHRY-some days I wonder if that’s not really the motto of Northern Virginia.  The driver may just have been trying to keep people out of the left hand land—INAHRY, so you’d better get out of the way.  Perhaps he liked to taunt policemen with speed guns.  Maybe he was wearing his great list of responsibilities like a badge of honor, as we all sometimes do. “How are you?” “Very busy,” we sigh, as if so very much depended on us.  Maybe the driver was just trying to be a comic, or a prophet, pointing out all the bustle and wondering what in the world it’s all worth.

My mind went back to a country song that’s almost 25 years old now, but whose words haven’t aged a bit.
“I’m in a hurry to get things done;” Alabama crooned.
I rush and rush until life’s no fun.
All I really gotta do is live and die.
But I’m in a hurry and don’t know why.”


‘
That’s the danger of being in a hurry, that somehow, as we rush from place to place, being so impressively productive, we lose track of why we’re about all of it in the first place.

Martha lived in a different time, when the general pace of life would have been slow enough to drive most of us crazy.  But even then, there were surely some occasions that required masterful feats of organization and energy.  She and her brother and sister were hosting Jesus and perhaps a large number of his disciples at their home.

Some commentators think it may also have been the season of the Feast of Tabernacles, when grand dinners were expected.  There’s a genre of early modern Martha paintings that show her in the kitchen with an enormous spread of meat, fish and fowl needing to be skinned, plucked and seasoned.   The paintings are pure conjecture of course—artists’ excuses for pawning off kitchen still lives on pious buyers.  But we might at least grant that Martha had good reason to be rushing about and more than a little peeved at her sister, sitting so attentively at the Master’s feet.  The bread dough would not knead itself, and the vegetables simply had to be chopped now if they were to be soft enough to eat when the lamb came off the spit.

Jesus knew Martha well and cared deeply for her.  Perhaps he was pointing to a tendency in Martha’s character to be rather anxious and abrupt.  We can certainly glimpse some of this in Saint John’s account of her conversation with Jesus in later days, after her brother’s death.  Jesus doesn’t say that kitchen work is worthless or that sometimes we don’t need to make a plan and stick to it until everything is finished.

He’s saying something deeper about the nature of life in the kingdom of God, pointing to a crucial balance between contemplation and action, hearing God’s word and putting it to work.  Martha’s action is useful, but Mary’s attentiveness to Him is essential.  Jesus has quite a bit for us to do.  But if we haven’t gotten to know him first, if we haven’t heard the Word that he means for us to put into action, well then we’re just “in a hurry and don’t know why.”

Chapter divisions in the Bible are pretty recent additions, drawn up by an English archbishop in the thirteenth century, and they are sometimes placed more helpfully than others.  But this time, old Archbishop Langton got it right.  This story at the home of Martha and Mary closes the 10th Chapter of Saint Luke, which up until this point was one of the most action-focused passages in the whole of the Bible.  The chapter began with Jesus sending out the seventy—to preach and heal in villages all along the way from Galilee to Jerusalem.  This great moment of action is followed by the Parable of the Good Samaritan, with its emphasis on loving our neighbor, whoever he or she may be.

The chapter is packed with calls to action, and without the corrective of the Martha and Mary story, we would be looking at an invitation to exhaustion.  There is always one more person we could tell about the good news of the kingdom.  There’s always one more suffering soul who needs God’s healing.  How can we ever rest when there is always one more person in need, another opportunity to love and serve around every corner?  Without this command to sit at the feet of Jesus, to choose the good portion of receiving God’s word and growing closer to Him in prayer, we could be left thinking that the best disciple was simply the busiest one.

Putting the Christian message into action is honorable and important.  This week I was reminded of so many good things that so many of you are doing here at Saint Timothy’s.  The Gifts to Glorify the Lord Committee presented a final report to the vestry that reflected years of planning, hours upon hours of research and discussion, and the generosity of scores of donors as renovate this sanctuary to glorify God and to enhance the ways we worship together.  This was Bible School week, and dozens of volunteers brought together all kinds of gifts to put on a wonderful week of learning and fun for children from our congregation and the wider community.  The Rector Search Committee reported to the vestry about all the discussions they have hosted and all the planning work they are doing to prepare for the call of a new permanent priest.  Today we commission our youth, who will work with young people from other churches in our region to repair the homes of people struggling in Dungannon, Virginia.

Lots of action—lots of wonderful things to be busy about.  But without being anchored in a response to God’s Word, without the insight that comes from contemplation and reflection, stepping back to gain some perspective, each one of those massive undertakings could go badly awry.

When we take time to pray together and seek guidance from the Scriptures about what is really important, committee work can be life giving, revealing new gifts and coming to wise decisions.  But without these things, it can be deadly, full of bickering, jostling for power, arrogant claims about who has the knowledge really necessary to make a decision.  When service to those in need comes as a humble respond to God’s generosity, it strengthens both the giver and the recipient, drawing them closer to each other.  Apart from this, it can easily become patronizing.  Even work with children can sometimes get out of hand when we forget the reasons behind all the colorful decorations and cute projects.  Any of you familiar with the cutthroat politics of some PTA executive committees and Little League boards will know exactly how harmful busyness can be when it loses its connection to what is truly important and meaningful.

We are not called to devote our lives to a set list of tasks on some kingdom agenda.  Busyness is not next to godliness.  God wants us to respond with love to His loving purposes, to do His will as we have discerned it through prayer and reflection on His Word.  If we’re merely in a hurry, there’s a good chance we will miss the point.  The one thing needful is to listen to Him.  The rest of it will come through His work in us.